A radiant light in the
broken world of addictions!

Over the years, we have discovered through our Ministry that there are two different groups of people who struggle with addiction.

• One group is composed of people who realize the impact of their addictions and seek change. Often, these people have jobs, and families.

• The second group lives in a world of hopelessness; their lives have been shattered and ripped away. Most often, they live and sleep on the streets submerged within the hunger and pain of their addiction. They are what society considers beggars, scum, the lost. The world of the streets is the final stage of their lives and many die this way.

The ministry, which would become Fundación Quien Soy Yo, started in 2012 as a support group for people who were aware of their addictions and wanted to change. Built on God's principles beginning with, "love God above all else" and "love your neighbor as yourself" the support group used the dialogue to help its members to understand themselves and their relationship to others within the Nicaraguan culture. The love and acceptance that the support group promoted led many to transformed lives through the saving grace of Jesus Christ.

Subsequently in 2014, the support group, which still had no name experienced a shift from one people group to another. It all started when we began leaving the doors open throughout our meetings and the homeless people in a street situation (called beggars) began to wander in. It became clear that God wanted us to deal with a different clientele, he wanted us to help the lost, because they are His people too. We were challenged by the smell in the air, sometimes by the behaviors, but we knew we could not reject them nor deny them our support. Each night, when they were gone, we prayed to God, asking for guidance and wisdom in dealing with this situation. 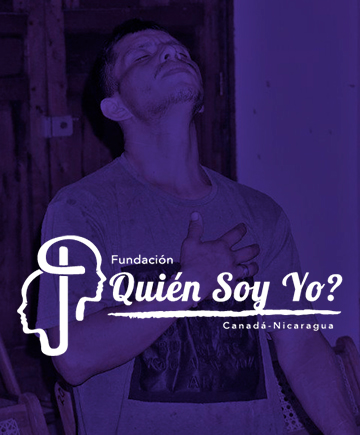 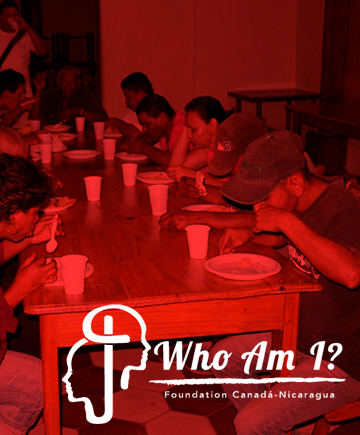 Each week the Holy Spirit brought more of the homeless addicts. It was amazing though, to see those who had been part of the first people group and had already been touched by God now eagerly volunteering, stepping up to help those who came from the streets with food, and acts of love.

At the beginning of 2015, Quien Soy Yo Canada-Nicaragua was registered as a non-profit charitable foundation, of a religious and social nature. The ministry for homeless people with addictions continues to take place in a public space called "La Casa de los Tres Mundos". Since then, we have focused on these people with the help of volunteers that God prepared during the process of those previous years. This became the dream; the image God gave us for this ministry.